Europeans arrived to settle in the Mudgee district in February 1822, initially bringing cattle to graze. Sheep were gradually introduced as more land grants were taken up along the Cudgegong and its tributary creeks. However, the wrinkly sheep of the 1800s, based on the imported Spanish merino, were vastly different to the sheep bred today. Many of the pastoral properties established by the district’s pioneer families developed into respected merino studs: the Lue Estate, Havilah, Biraganbil and Rawdon. By the mid 1800s Mudgee sheep were highly sought after and many daughter studs were established all over Australia based on Mudgee bloodlines, and particularly from the Havilah sheep of brilliant but secretive studmaster Nicholas Paget Bayly whose woolmark NPB/MUDGEE is still used by the White family, owners of Havilah since 1881.

The dominance of the Cox family – descendants of William Cox, builder of the first road over the Blue Mountains, pioneer sheep breeder and builder – in the history of Mudgee woolgrowing was also significant. Brothers Charles Clarendon Cox (Broombee) and James Dalrymple Cox (Cullenbone) were supreme in sheepbreeding circles in the 1800s, while their brothers Frederick and Alexander (Wallinga) and George Henry (Burrundulla) also conducted influential studs. Unusually for the times, Frederick’s widow, Mary Hannah, successfully ran the Wallinga stud in the late 1800s and early 1900s.

Although the Mudgee district today is far more diversified agriculturally, woolgrowing is still a significant local industry, particularly noted for producing superfine fleeces in the hill country of Hargraves, Windeyer and Pyramul. 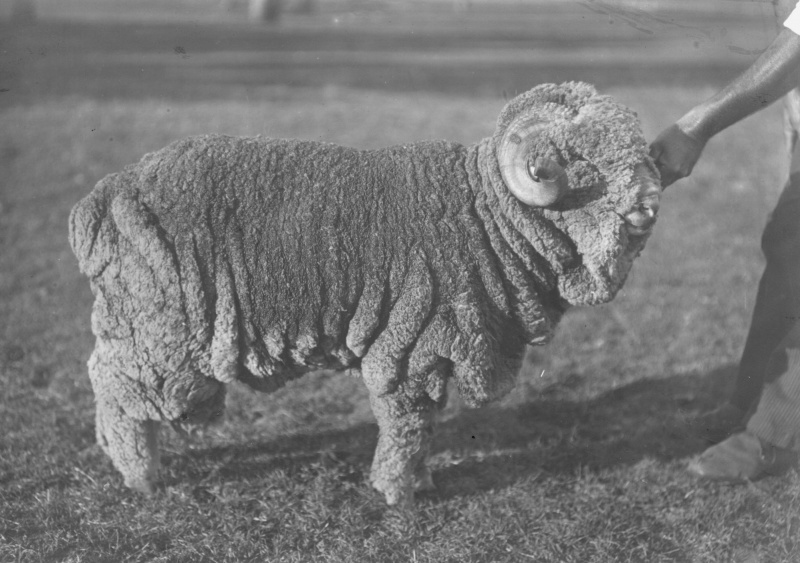