The Mudgee Museum site, formerly the West End Hotel site, stands on part of an 1835 grant of 995 acres to Mudgee pioneer George Cox which was located on the western boundary of the future town of Mudgee and bordered the Cudgegong River. The site is very much part of the early European history of Mudgee town and district.

In November 1821 James Blackman, a settler at Bathurst, made the first recorded European incursion into the Mudgee district. Travelling from Bathurst, he reached the Cudgegong River several kilometres south-east of the site of Mudgee township. Almost immediately upon his return to Bathurst, Lieutenant William Lawson, the commandant at Bathurst, followed in Blackman’s path, but pushed further north-west. These explorations led to the establishment of a station settlement at Munna, north-west of the site of the town of Mudgee, by brothers George and Henry Cox in February 1822.

The Cox brothers and William Lawson each took up several thousand acres of prime land on opposite sides of the Cudgegong River both upstream and downstream of the site of the town of Mudgee. Within the next decade their grants were confirmed, as well as grants to Henry Steel, Richard Rouse, Robert Lowe, William Ascough, William Bowman, Charles Roberts and William Hayes. The majority of these grants were administered by overseers for absentee owners.

Settlement was initially focussed on stations held by the pioneer settlers until the village of Mudgee was proclaimed in January 1838. The first land auction was held later that year, yet development of the town did not occur to any great extent until the discovery of gold in 1851. Subsequently, the population of the town increased rapidly due to Mudgee’s strategic position as the gateway to the district goldfields. Reflecting the importance and prosperity of the town, the Municipality of Mudgee and the surrounding rural Municipality of Cudgegong were both proclaimed in 1860. Other local government areas were created as the district developed. In 2005 all local government districts in the Gulgong-Mudgee and Rylstone-Kandos districts were amalgamated into one larger local government body, the Mid-Western Regional Council. 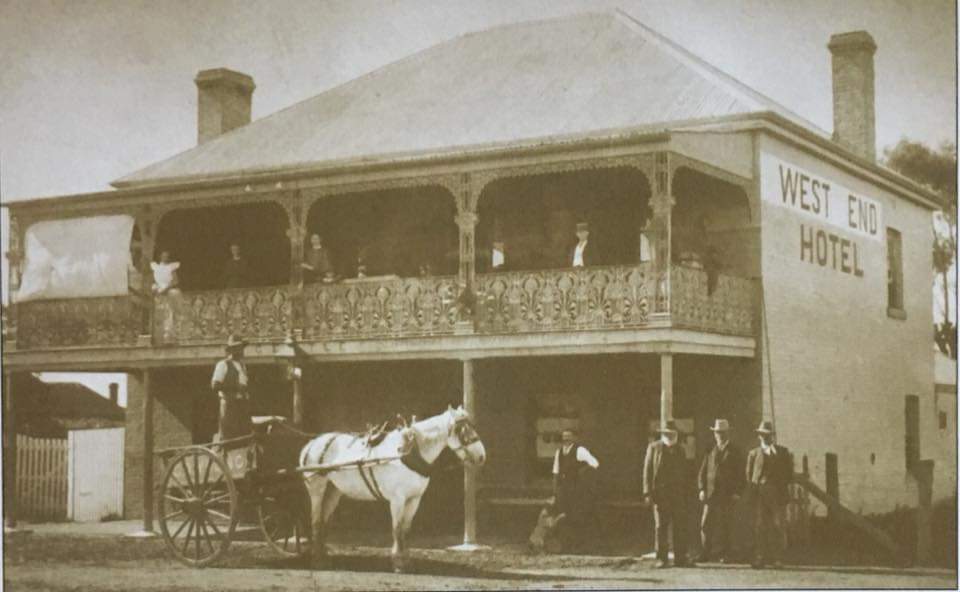 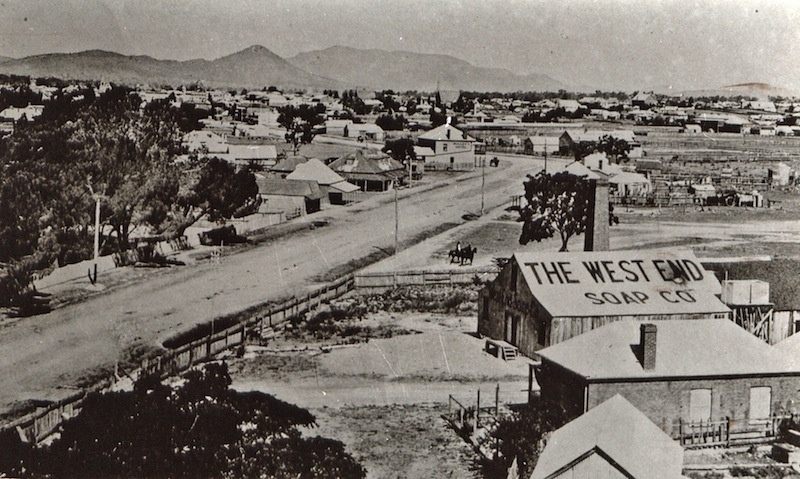 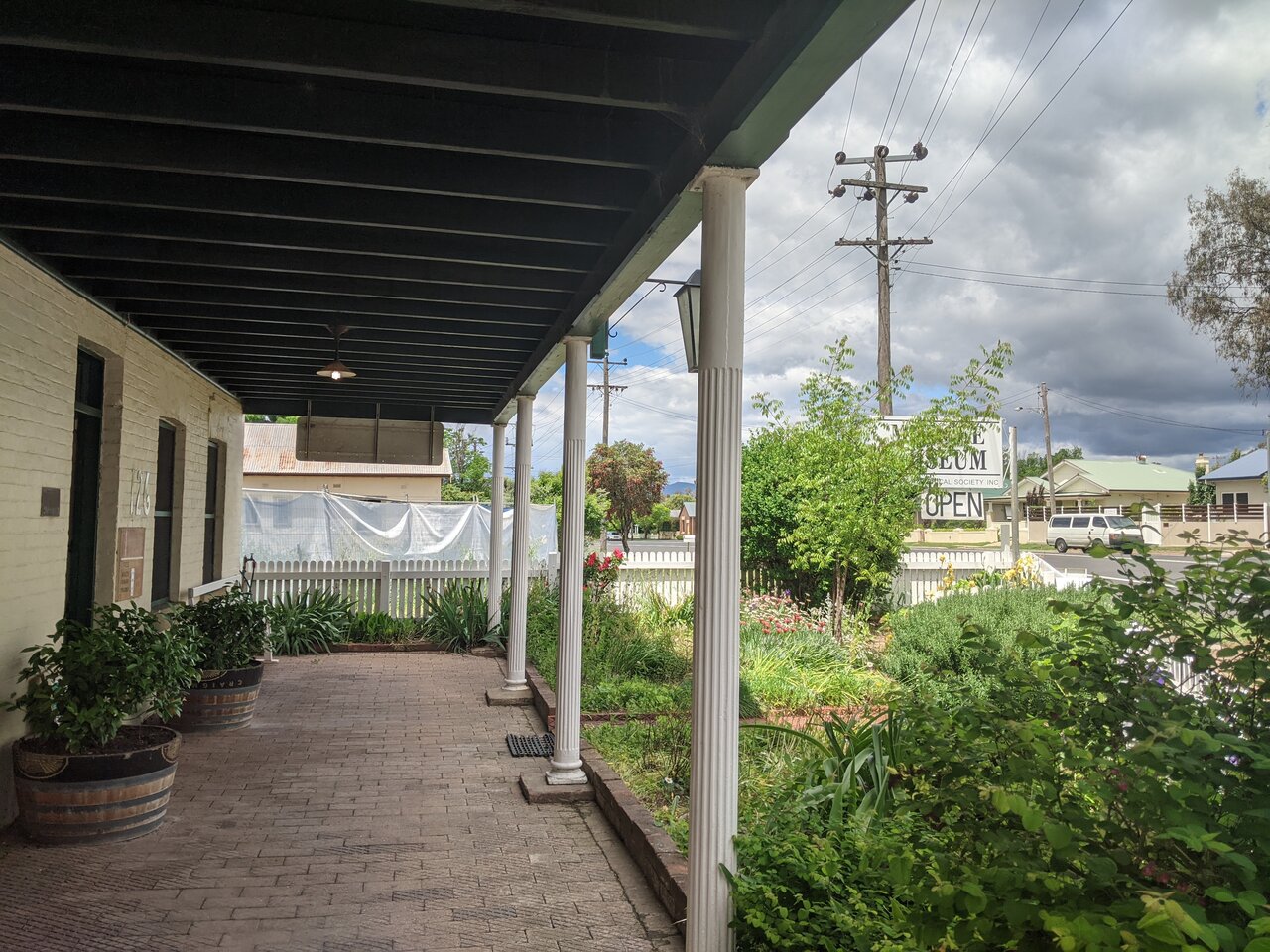 The Mudgee Museum site is located in an area which has been called the ‘West End’ since the discovery of gold in 1851. Throughout the 1850s George Cox began to subdivide the  eastern section of his grant which adjoined the western boundary of the town of Mudgee. These subdivided allotments varied in size, but mostly consisted of a few acres. The road to the north-west, which led through this extension of the town, was also the road to the goldfields, and consequently the ‘West End’ rapidly became a busy commercial and industrial centre to service the hordes of people lured to the district by the prospects of gold. Numerous shops – bakeries, butcher shops and general stores – a soap factory, a foundry, a flour mill, a cordial factory, a coach factory and many blacksmiths and wheelwrights sprung up in the vicinity. with most activity concentrated in Market Street from the Douro Street intersection to Putta Bucca Road. There were also several hotels of which only the Court House Hotel (still functioning) and the old West End Hotel, now the Mudgee Museum, remain. In the 1800s, Market Street West from the bend to Putta Bucca Road was known as Market Lane. Confusingly, Market Lane was also the original name for Lovejoy Street, previously Robertson Street, bordering Robertson Park, previously Market Square.

Many of West End’s local industries did not long survive the advent of rail in 1884. Virtually all traces of industry in the neighbourhood have disappeared from the area which is now primarily residential.

On 8 April 1835 Mudgee pioneer George Cox had acquired a crown grant by purchase of 995 acres on what became the western boundary of the town of Mudgee. On 22 November 1853 George Cox sold a portion of his grant to John Brooks for £5. John Brooks constructed the existing building shortly afterwards and on 13 November 1857 sold the property to George McQuiggan. George McQuiggan was a prominent Mudgee businessman who built and operated the Bushman’s Arms Hotel (now the Paragon Hotel) on the north-western corner of Perry and Gladstone Streets, Mudgee, and owned an extensive real estate portfolio in the burgeoning town.  The Mudgee firm of Dickson & Burrows operated a store on the premises until the mid 1860s, then the building functioned as the West End Hotel for the next sixty years.

In 1880 George McQuiggan’s trustees sold the hotel to Mudgee businessman Thomas Wilton, and in 1896 his trustees and those of his deceased daughter Annie Hollier sold the hotel to Joseph Mulley, who had long been the licensee. After Joseph Mulley’s death in 1903, he was succeeded as licensee and owner by his wife Sarah, who sold to Albert Gentle in 1905. Albert Gentle and his wife operated the hotel until it was delicensed in 1923, a time when numerous older hotels in Mudgee shut their doors. The West End Hotel then became the Gentle family home for a number of years.

On 14 April 1927 Albert Gentle sold the property to Rose May Bowen, wife of Samuel Bowen, fruiterer of Mudgee, for £850. On the same day Rose May Bowen took out a mortgage on the property for £850 with the Coronation No. 3 Co-operative Benefit Building Society Ltd. Evidently, during the Depression years of the 1930s, Rose May Bowen defaulted and the property was sold by the mortgagee on 27 June 1935 to Wilfred Reynolds Kling Roth, farmer of Bombira, Mudgee, and his wife, Alice Hazel Roth, for £200. On 17 May 1937, Wilfred and Hazel Roth, now farmers of Rosevale, Tallawang, sold the property to Gibson Harland, farmer of Kensington, Gilgandra, and his wife, Phoebe, for £650. The Harlands retained the property until the late 1950s, by which time they had retired to Mudgee.

Some time after the sale by Albert Gentle, the building became a boarding house/flats, and during this period it was reputedly used as “lying-in accommodation” for women from isolated areas awaiting birth. A number of people recall this period of the building’s history:

On 22 February 1958, the Harlands sold to Joyce Helena Cole, servicewoman, for £1040. On 3 August 1966, Joyce Helena Cole, now of Canberra, sold the property for $3600 to the Mudgee Historical Society, the representative trustees of which were Richard Wyatt Cox, Erroll Grieve and William Connelly.

The Mudgee Historical Society had been formed in 1964 as a result of an initiative by the Mudgee Rotary Club and a number of interested residents. Temporary headquarters and display area for donated items were located in the former Post Office Hotel on the south-eastern corner of Market and Perry Streets, Mudgee, which had recently been delicensed. The Society subsequently looked for suitable premises to house a museum within the town, with four buildings under consideration in late 1965. Ultimately, the Society decided upon the former West End Hotel building which was considered to be the most desirable building with the greatest potential at minimal cost and allowed for expansion.

Since that time the Mudgee Historical Society, later incorporated, has continued to expand its collection of locally-donated items, acquired an adjoining block on the western side, developed the grounds, erected additional buildings for display, and conserved the site’s historic hotel building. The Mudgee Historical Society Inc, operated by volunteer members since its inception, has always played a leading role in promoting the history and heritage of the town and district.