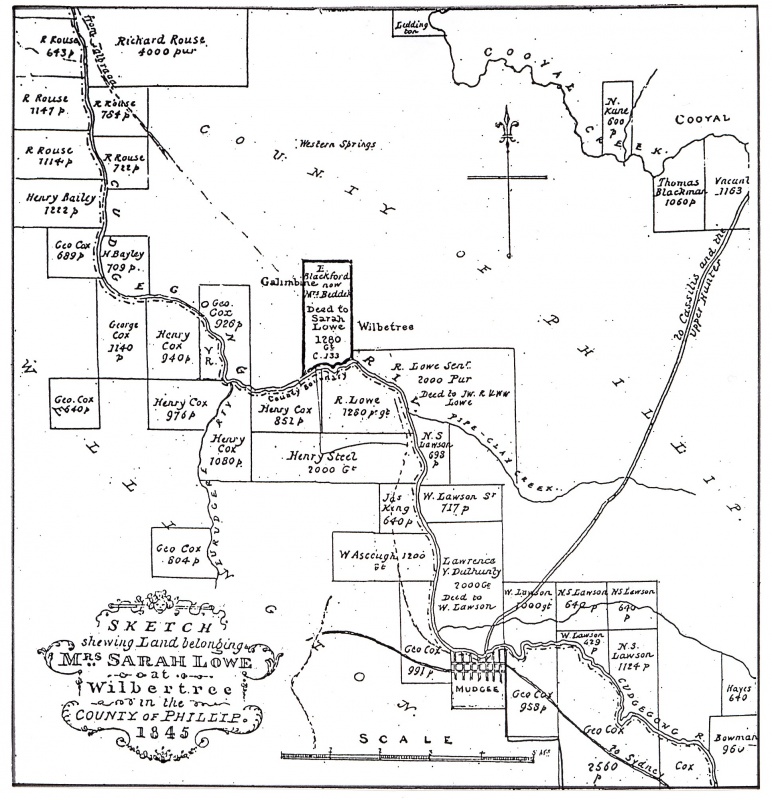 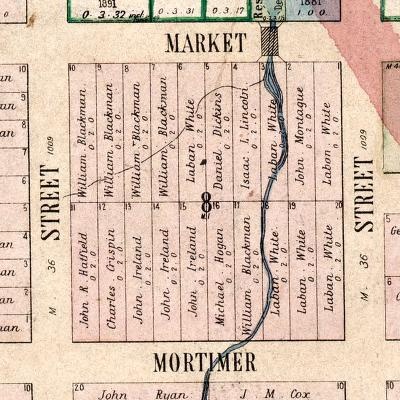 The Mudgee district is part of the extensive territory of the indigenous Wiradjuri people. Europeans first came to the Cudgegong Valley in late 1822, and in February of the following year the brothers George and Henry Cox arrived with cattle, setting up camp at Munna (modern-day Menah) to the north-west of the future site of the town of Mudgee. The Cox brothers, who were ultimately absentee landholders, acquired numerous grants along the southern banks of the Cudgegong River in what is now the County of Wellington. The Cudgegong River formed a natural boundary between the County of Wellington and the County of Phillip on the opposite (northern) bank. Explorer Lt William Lawson took up extensive grants opposite the Cox brothers, and was soon followed by Robert Lowe at Wilbetree, Richard Rouse at Guntawang, Henry Bayly (son-in-law of William Lawson) at Beaudesert, and Charles Roberts and his step-father-in-law William Hayes at Havilah. Early grants were invariably located on water courses ie the Cudgegong and its tributary creeks.

The only grant by gift in the district was to Henry Steel, a retired army officer from the Napoleonic wars, who was authorized to receive 2,000 acres to the north-west of Mudgee in 1825; however, the grant wasn’t registered until 1835 due to the backlog created by the huge numbers of applications for grants west of the Blue Mountains in the 1820s and 1830s. Henry Steel promptly sold his land to Henry Cox and never settled in the Mudgee district, becoming a pioneer of the Rockley district near Bathurst. Steel’s grant, although now subdivided, is now largely contained within the property Burrunah, between the Wilbetree and Gulgong roads and is still owned by a descendant of the pioneer Cox family.

Most early grants in the Mudgee district were purchased at the rate of 5 shillings per acre. This rate was for more sizeable grants intended for farming/grazing. However, some of the earliest grants were obtained under the Quit Rent system which were ultimately written off. These early grants were recorded under the Old System Title which was replaced by Torrens Title in the early 1860s. There are still numerous properties in Mudgee town and district under Old System titles.

Some grants were in multiples of a square mile:

1,280 acres = 2 square miles (it is said that in the early days of the colony clergyman’s daughters were entitled to apply to the governor for a grant of 1280 acres as a wedding gift)

However, the grants in the Mudgee district are in a variety of acreages. After 1862 (the Robertson Land Act and Torrens Title) acreages tended to be smaller