Mudgee Historical Society have a display case at the Mudgee Library which is  normally changed a few times a year. The current display features a Wiradjuri woman, Emanjilli,  more commonly  known as  “Diana Mudgee”.  The display’s main focus is  on conditional purchases of land at Piambong that were held in Diana’s name. We were also lucky enough to have a print from an original artwork donated as part of the display which depicts the artist’s interpretation of Diana. 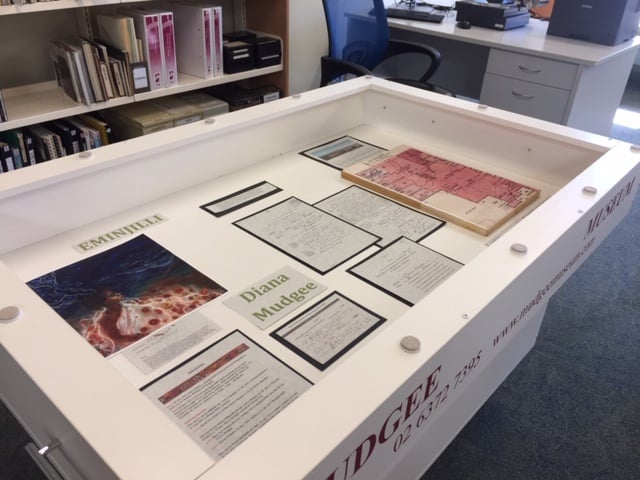